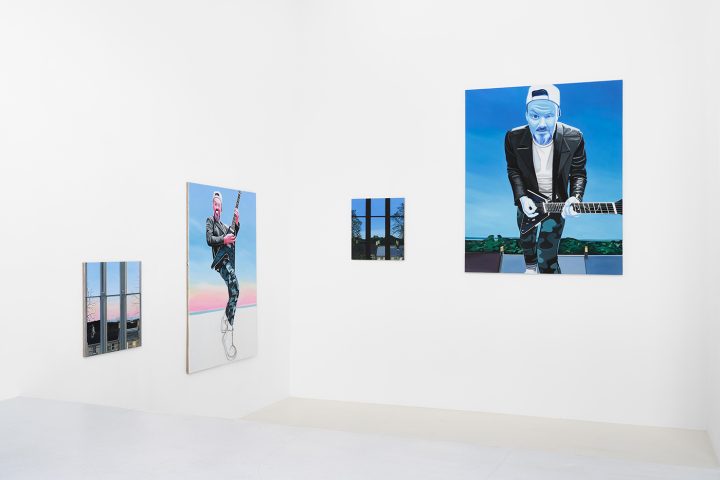 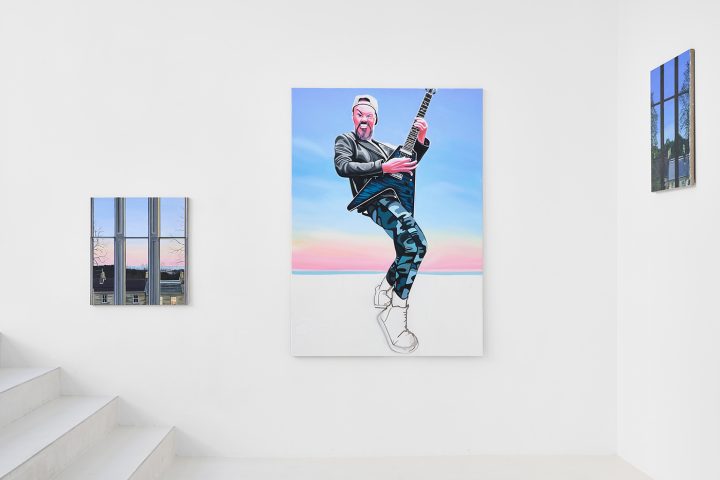 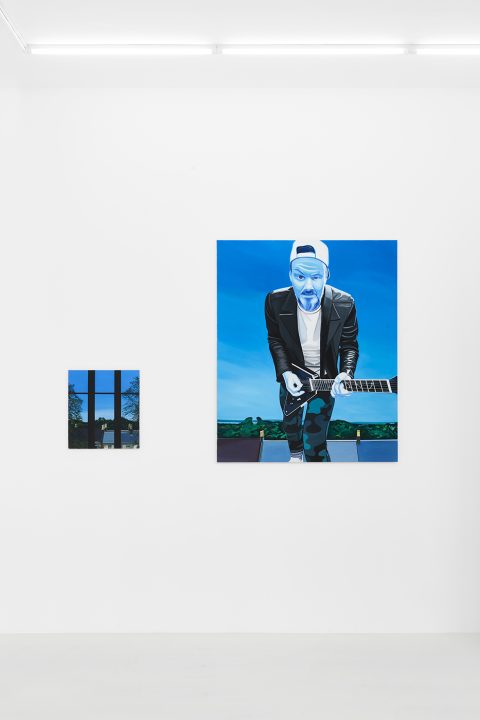 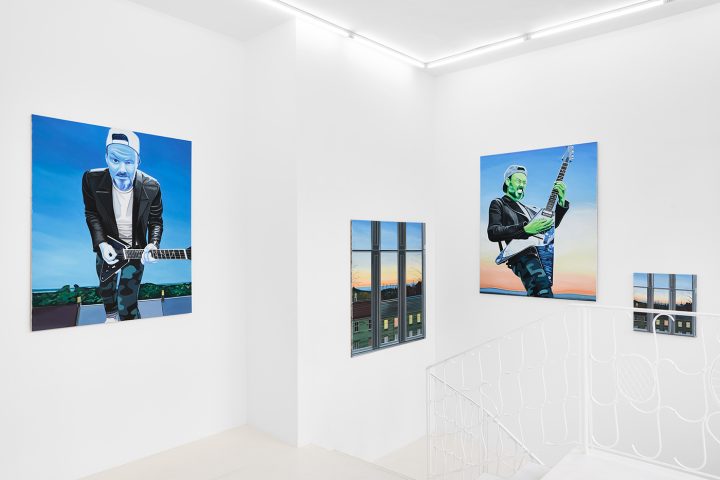 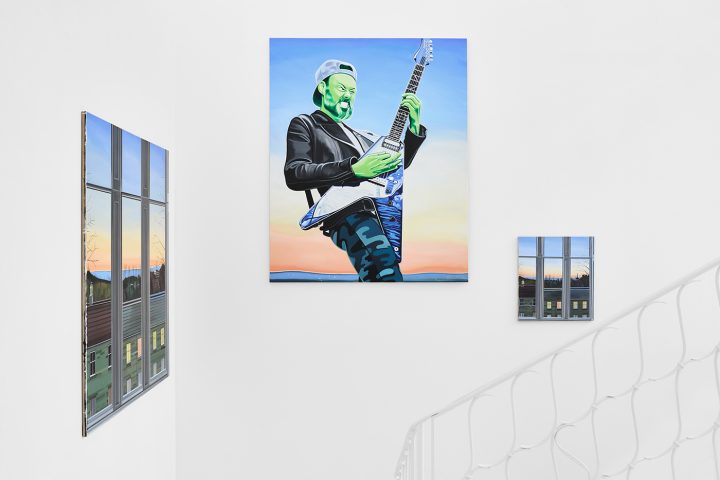 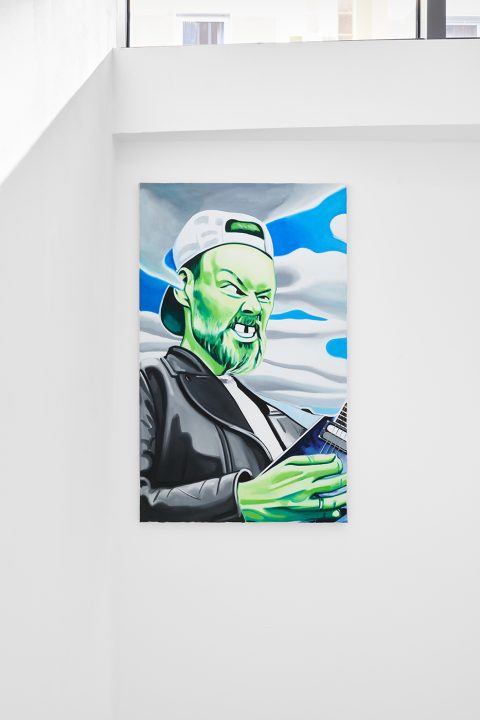 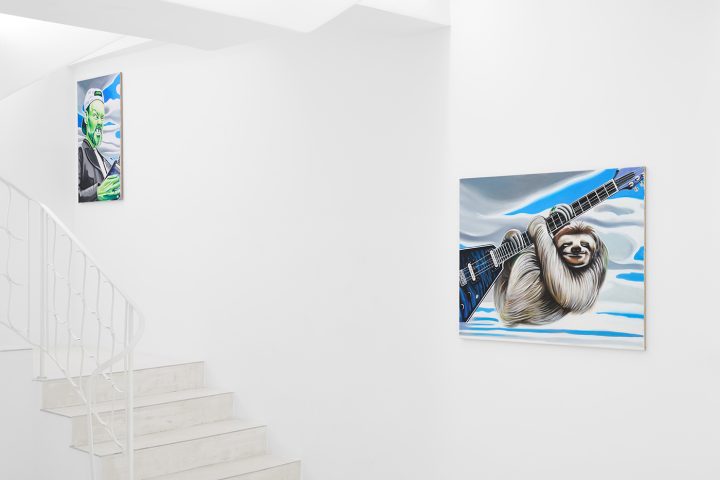 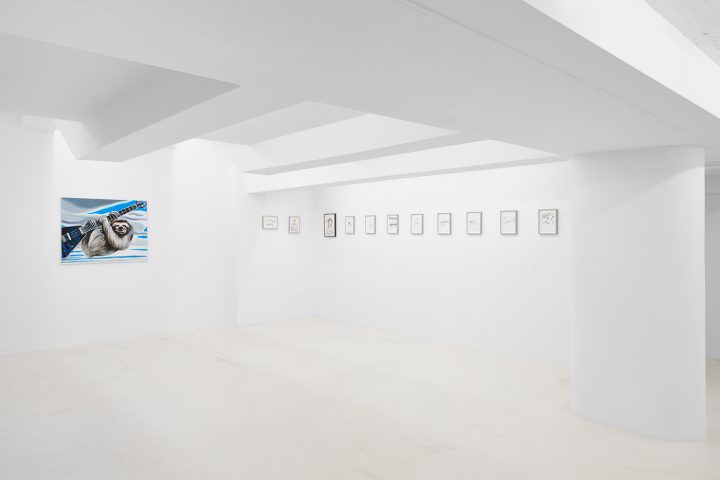 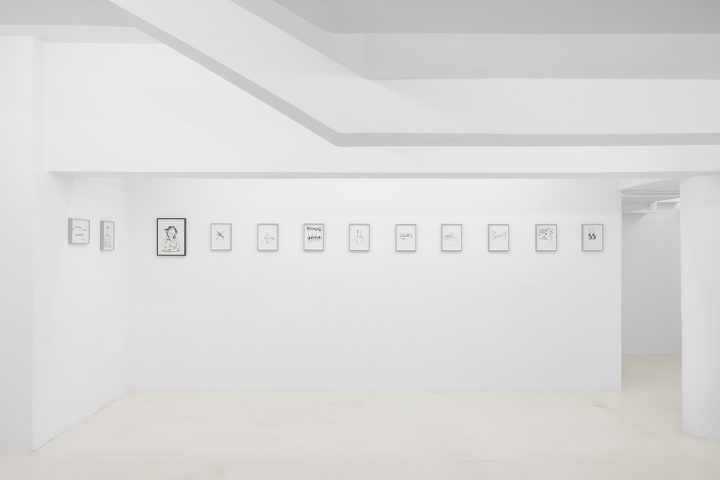 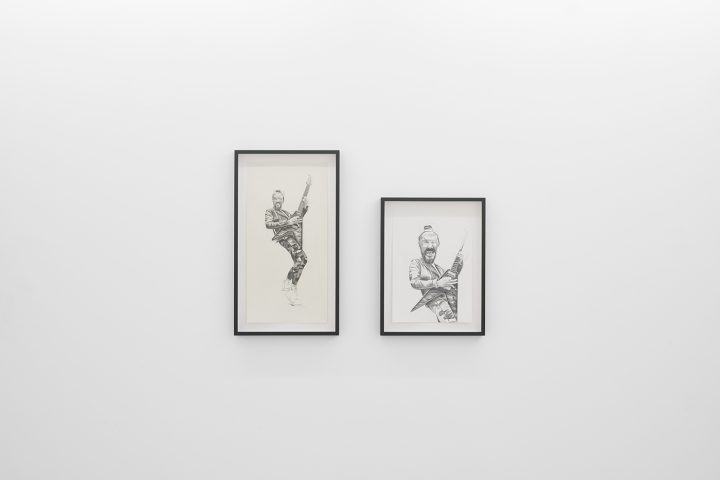 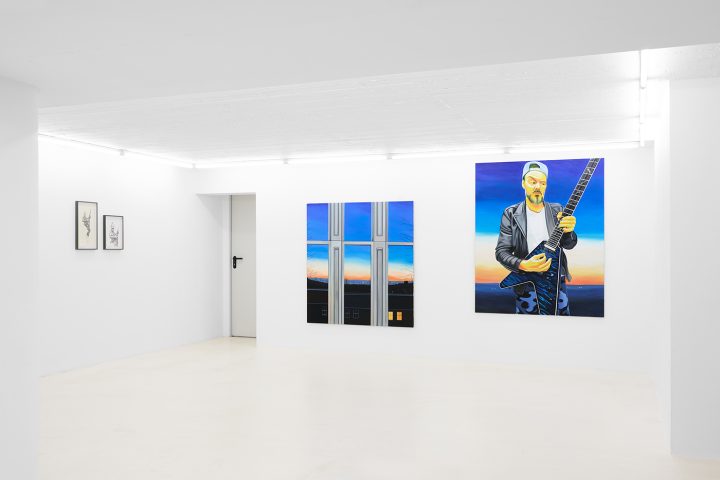 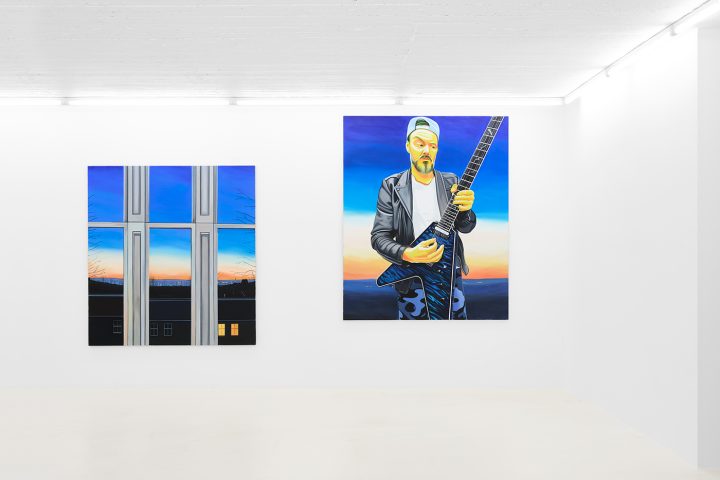 Cornelius Quabeck and I both have a soft spot for the same guitar brand.

When you start chatting among musicians without knowing each other very well, and musical instruments or 19 inch equipment become topical pretty much straight away, you usually know that you should have one foot out the door. Too often, the collecting of equipment or guitars replaces the actual work or, as I would say, the actual enjoyment. The musicians in question have oftentimes developed perfidious techniques over time to convey a feeling of guilt to their vis-à-vis as soon as one is starting to fall asleep during a lengthy conversation about cables, rivets, and sleeves, the half-shut eyes desperately scanning the location for any familiar face to save one from this situation. And then there are situations where you find yourself in the role of some sort of nerd, collector, or simply fan of something technical because it is about, let’s say, a guitar brand nobody from the peer group appreciates. And then you encounter the right person at the right place, and you can finally have a conversation about it. But is a guitar even solely technical? Isn’t a brand with considerable identification potential a part of a pop-cultural subculture per se? Isn’t the guitar, leaving aside its cult status, an artwork in itself and not just mere handicraft?
The thing with the identification potential is a little ambiguous for the brand “Hamer”. It can’t compete with fine-sounding names like Rickenbacker, Burns (60s), Höfner (Beatles), or the big American manufacturers (Gibson, Fender, Gretsch, etc…). If at all, it might have been a house-hold name in the metal scene of the 80s. During the mid-to-late 70s, they were mainly building custom guitars, one-off productions for that matter, based on Gibson’s Flying V model among others. They were promoted – that is publically played – from B bands like “Wishbone Ash“ or “Jethro Tull“. A drabness of which “Cheap Trick“ certainly were the highlight.
Then in 1980, a simply designed, monochrome or brightly varnished model was released, standing out from the other guitar models of the seventies that were oftentimes trying to seem “natural” or “human” by revealing the grain of the wood, or by expressing a certain inner warmth through a “sunburst finish” for example. The “Hamer Special” became my model because it symbolized a pattern break, and thereby underlined my understanding of punk. At the same time, its varnish referenced the constructivism of the early 20s, probably without the designer being fully aware of it. At that time there was a lot of experimentation to secure “Hamer” a hard-fought spot within the middle-class market. A stroke of luck for me: not only did the thing look good, but it was also well-crafted and reliable. The brand Hamer was abandoned a few years ago. All attempts to survive on the market had failed, and it was sold to Fender until they let it die for good in 2014. What remains is a legend that begins with a few people in Illinois building excellent custom guitars. And that’s exactly what some of them are still doing to this day.

In September 2016, Cornelius Quabeck orders his very own custom guitar from Mike Shishkov. It will mark number 80 from the hands of the former Hamer guitar builder under his own name, and the first Shishkov Flying V. This is half a year after Quabeck’s move to Wilton Street in Glasgow’s west end. Since painting isn’t progressing that well there, a guitar is being ordered – an act completely reasonable to me as a musician. In April 2017, the wood is being selected in Barkhamsted, Connecticut, and the inlays (the patterns on the fingerboard) are being manufactured based on the painter’s linocuts. It will take another whole year until the guitar will finally be finished. In the meantime, Quabeck finds the answer to the question “What to paint?” in his immediate surrounding. The living room window becomes the frame of the constantly changing spectacle of nature. Surfaces and colors of the sky. Painting is central. He now works hyperactively: one painting per month. They will amount to 19 sights. His style of figurative painting is not in line with the approach of the local Glasgow scene, and from thinking “In Glasgow, people prefer to paint on plastic bags rather than on canvas”, actual illustrations on plastic bags arise, which are then shown by Martin van Zomeren in Amsterdam. The views of Glasgow’s sky will have to wait first. Music is also being made in between. From July 2018 on with the finally delivered cult guitar. In summer 2020, after even the window paintings have finally been honored with an exhibition, paintings of the guitar in front of Glasgow’s sky emerge. It will be a series of portraits, named after church modes. This way, not only the sky, the painting, and the illustrative features of the portrait series merge together, but ultimately the visual and the music as well, especially since an album is being created alongside the paintings (Die hektischen Flecken – Mikroaggression). In turn, illustrations and transcriptions for the album appear, because if everything is not one, at least everything is connected with everything else.