Dennis Tyfus
Rehearsal For A Funeral 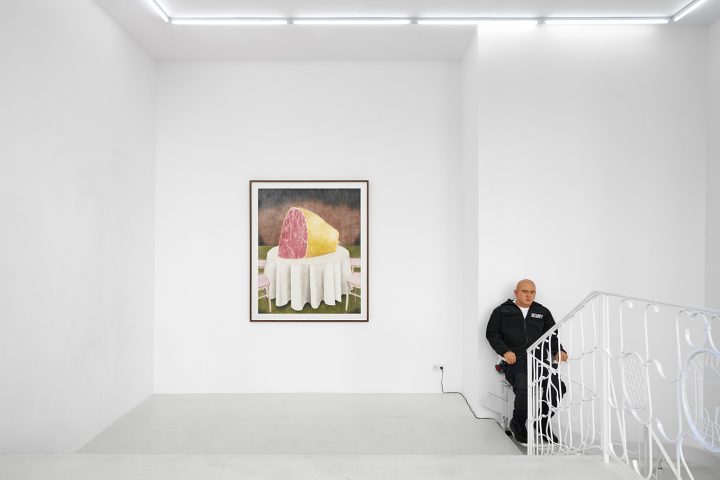 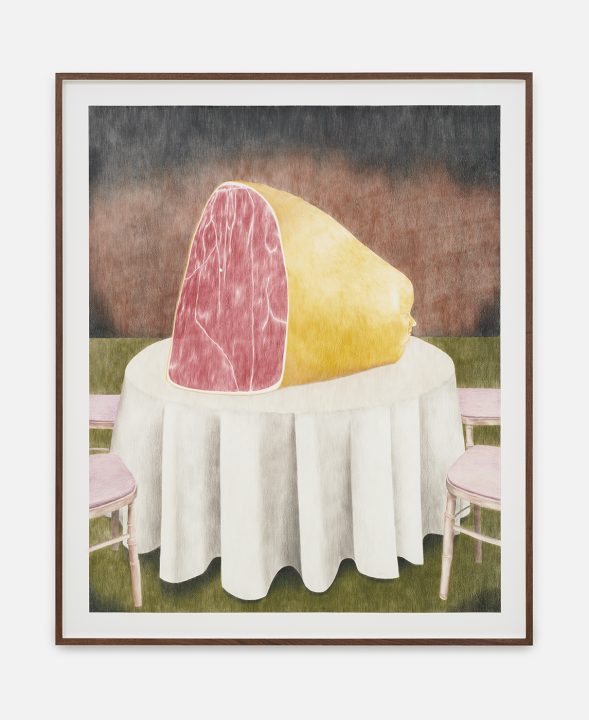 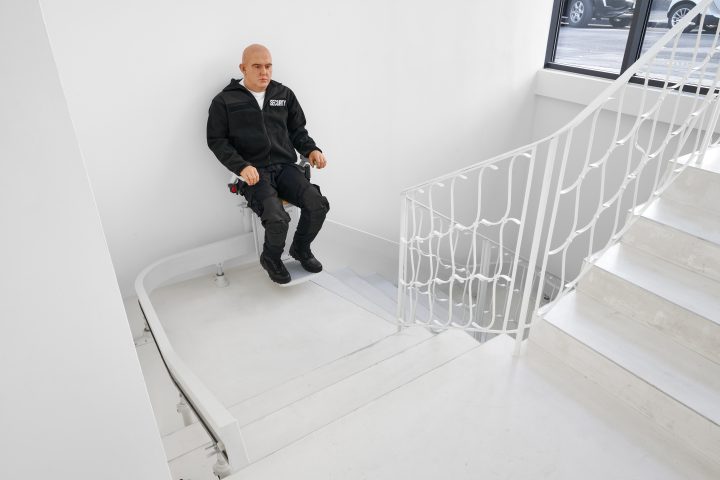 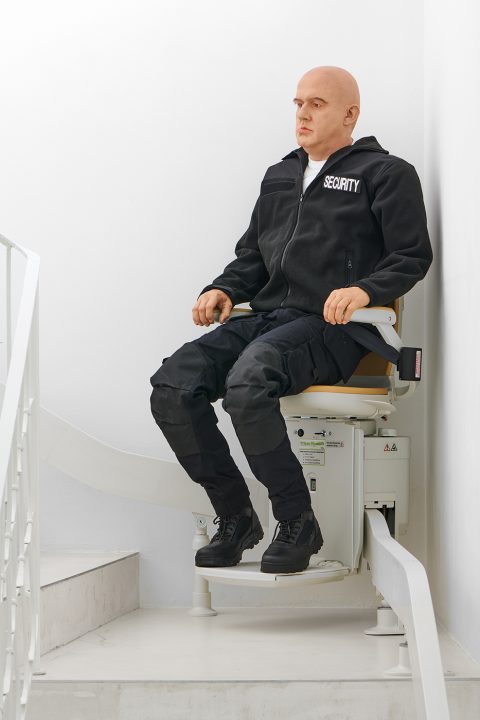 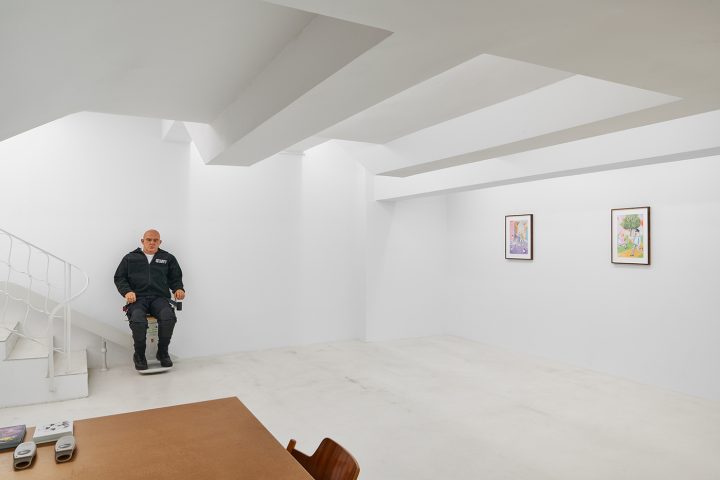 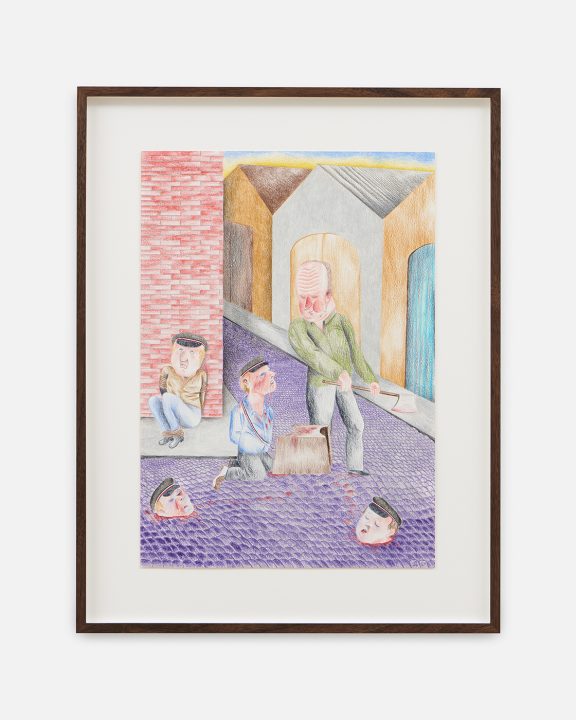 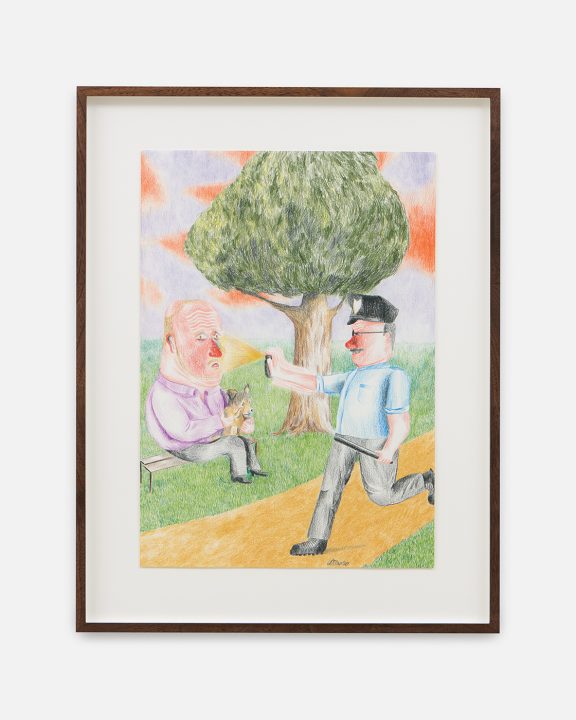 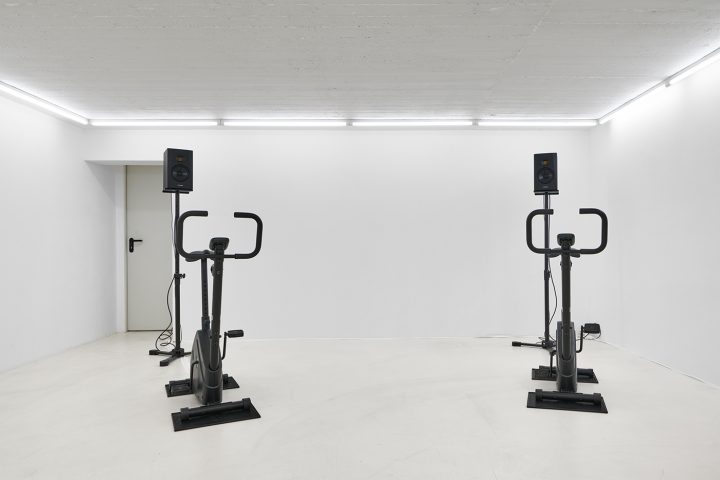 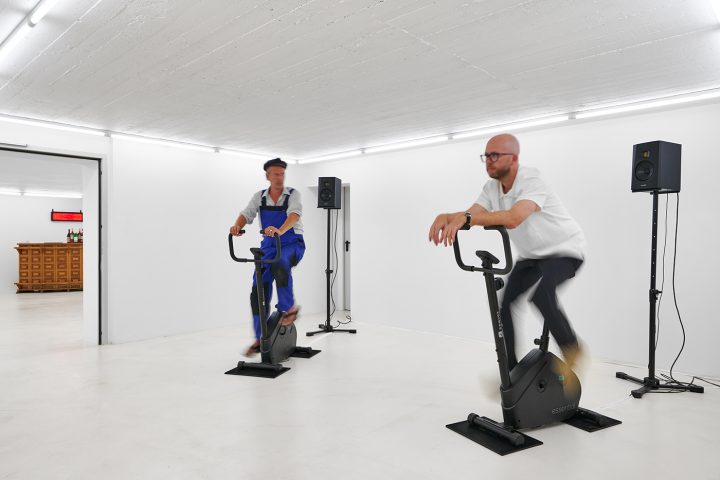 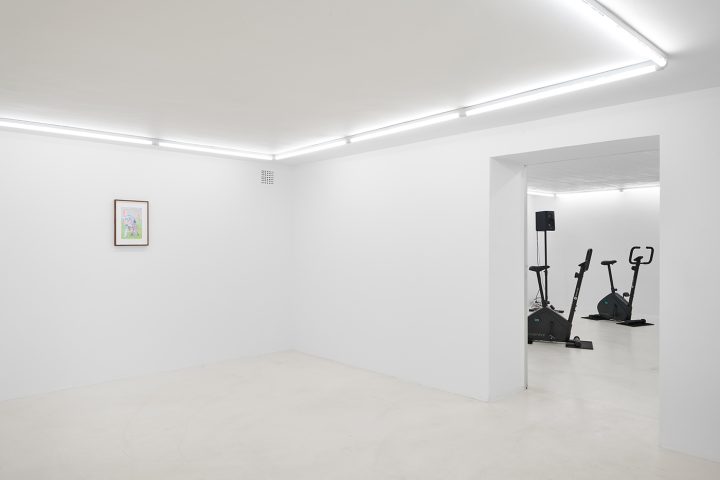 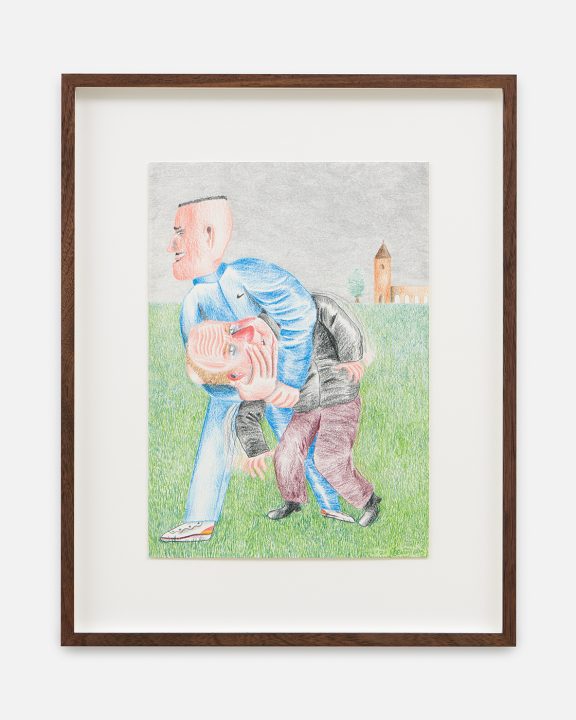 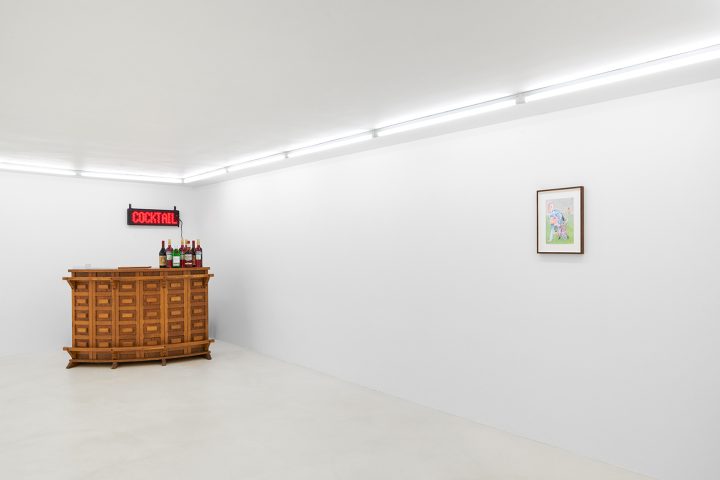 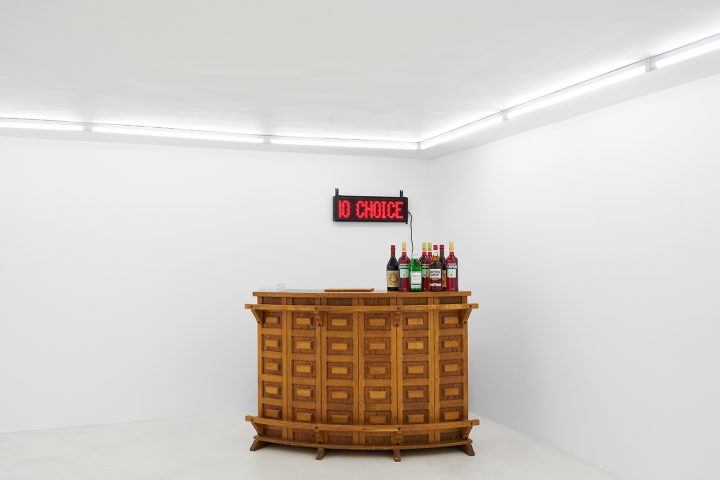 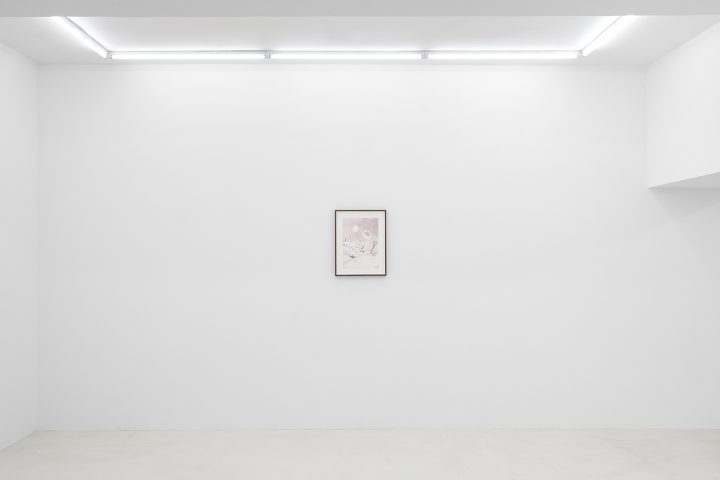 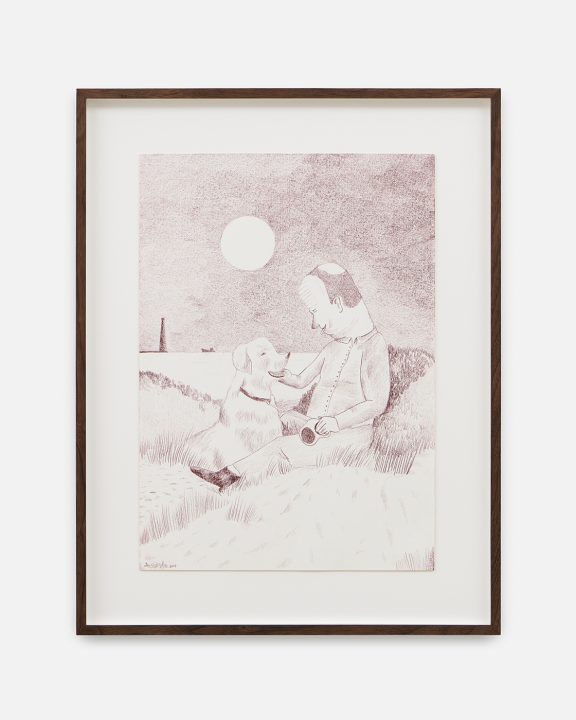 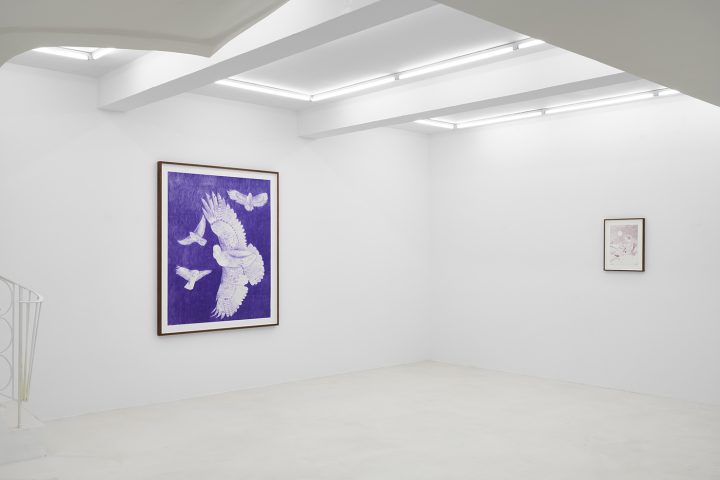 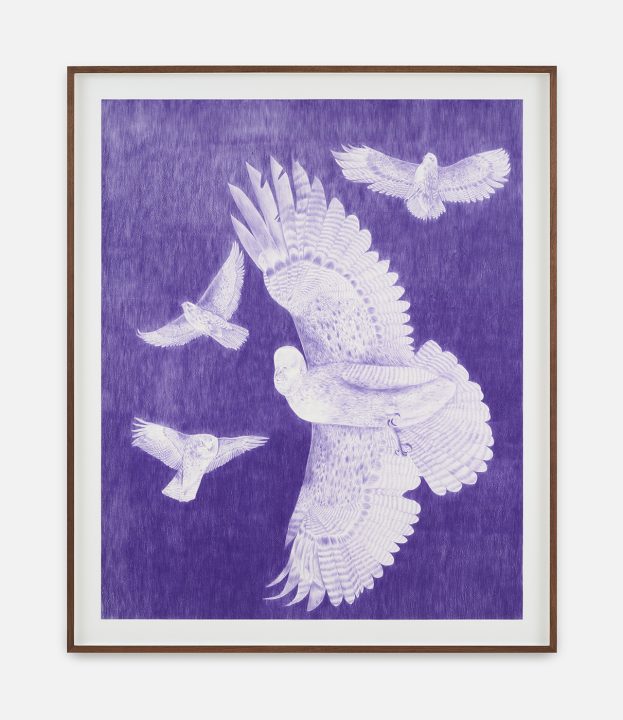 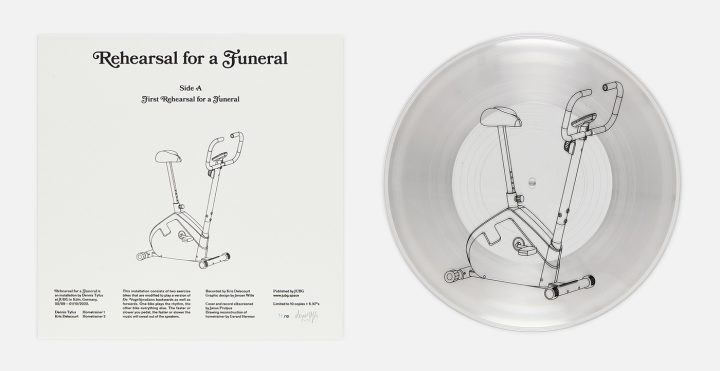 ‘Hier Rust Dennis Tyfus’ (Here rests Dennis Tyfus). Or so the engraved marble placard that outside the artist’s house in Antwerp would have you believe. An artwork and gallows humour prank sometimes elicited shock from residents who took news of the artist’s passing as literal. In Rehearsal for a Funeral, a series of performative or theatrical sculptures and installations with sardonic undertones pervade the JUBG space in Cologne. These tragi-comic or slapstick situations however, belie more pointed existential concerns.

We are bombarded daily with breaking news of impending global meltdowns, be it ecological, financial or ontological. As the line between fiction and reality increasingly blurs in our contemporary mediascape, what if we viewed these works more as surrealist uncanny film stills in which believing is seeing and vice versa?

In the artwork Rehearsal for a Funeral (all works 2022) Tyfus modifies two domestic exercise bikes which are circuit bent, doubling as a sound sculpture. Anyone familiar with the artist’s recorded output through his label Ultra Eczema of his and other people’s sound experiments will see this as a further manifestation of his various practices and use of media. Like the fake memorial stone, Tyfus makes use here of his hometown’s folklore and myth-making by referencing the inane novelty hit De Vogeltjesdans (known in the English speaking world as The Birdie Song by the Tweets). As the story goes, an Antwerpian wrote the track as a joke and, when approached by a record company, unfortunately picked a one off payment of 10000 francs (about 250 euros today) in lieu of the rights. Here, Tyfus reanimates the zombie musical corpse by use of the involvement of the spectator. In the role of Dr Frankenstein, if you will, one can pedal alone, or ideally as a duo with both bikes acting as a human labour powered musical box. One can pedal forwards or backwards, playing the song sequentially or in reverse. One bike plays the drum pattern of the song, the other the melodies of the rest of the instruments. Playing in sync with the other cyclist is a whole other can of worms though, and one wonders if this Sisyphean challenge is even possible or, even intended to be. Perhaps that is the point, with the fitness bikes posing as an ironic and sculptural memento mori…

In a further twist, and accompanying this work is a further conceptual work as Tyfus organised the city of Antwerp to organise his official will which stipulates that De Vogeltjesdans will be played in a loop on one of the cities touristic beer bikes, which functions as the artist’s own funeral. In this Fluxus-like intervention, the artist’s ashes will be kept in the ashtrays of the beer bike, while tourists or guests will, in turn, reanimate the spirit of the artist pedalling around the zombie sightseeing hellscape of a hollowed out city, mixing their cigarette ash with the artist and clinking beer bottles in a semi eternal wake.

One is reminded of Paul Thek’s Tomb (Death of a Hippie) 1967, which resisted a singular interpretation and instead confronted the reader with mortality both as metaphor and actual.

Some wondered if the life-like sculpture of the artist as a dead hippie was a metaphor for the commodified counterculture and death of 1960s idealism. Or was it a pointed critique of the parasitic nature of the art market feeding of the artist? Or, did it simply gain its power precisely because of its refusal to self define and in turn reify its categorization (here ironically by presenting a corpse) ?

Tyfus continues two of his other ongoing series of pencil based self portraits: Up and Downgrades, and his sculptural Strafstudies. Tyfus plays on the linguistic meaning of the word (literally ‘detention’ as per high school penalisation) but also as the literal translation of ‘Punishment Studies’. In this series, he presents hyperreal human security doll figures on one of the chair lifts which is already very present in the gallery space, hence the artist’s decision to incorporate it into a work. Mocking the authority figure who usually deals out punishment, the figure here is bound to the chair and again, unallowed to leave like Sisyphus is destined to travel up and down the space on repeat in ennui. Again, like Thek, the piece resists identification, rather presenting a surreal situation or impasse where one is travelling without moving, akin to a moving vehicle in a traffic jam, in turn inviting the audience to decipher or project meaning onto their Doppelgänger.

It could of course also be read as a rehearsal for a funeral, a fantasy of outliving oneself through a legacy or myth making. As Benjamin Franklin once said: ‘Nothing is certain except death and taxes’. While one can be stuck in a loop like Jack Torrance circling around the Overlook Hotel or overdosing on a contemporary news cycle rollercoaster. Tyfus instead flips the question of finitude in order to reaffirm what it is exactly that makes us alive. To (darkly) celebrate a vitalism and anarchic camaraderie while or maybe in spite of whatever doom and gloom lands in our inbox. He invites us to think outside the box (the casket?) and have one more stroll around the town.