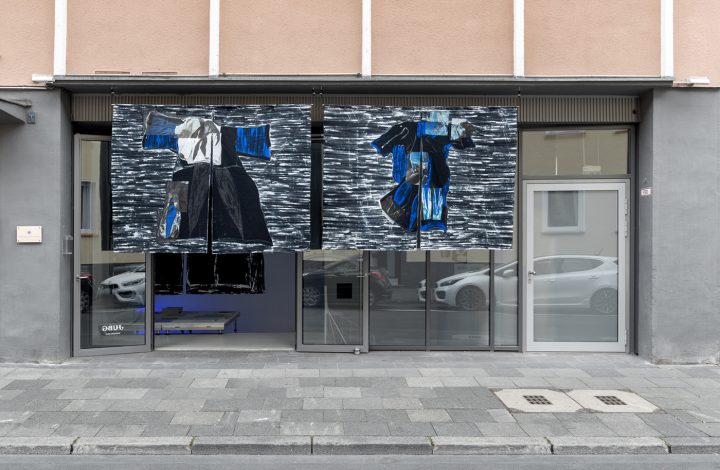 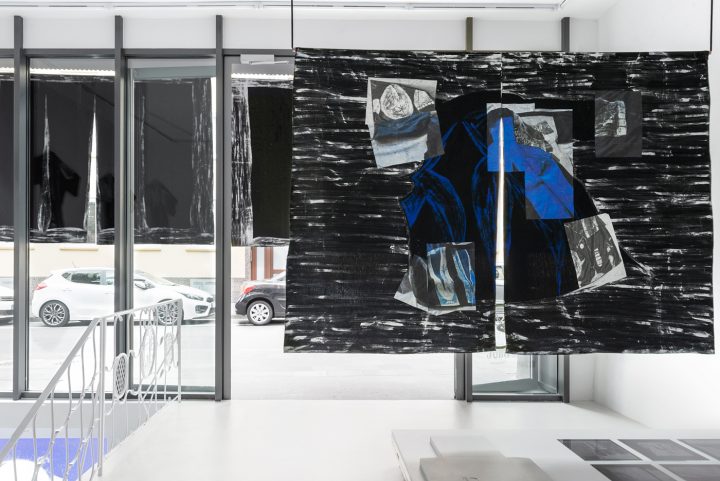 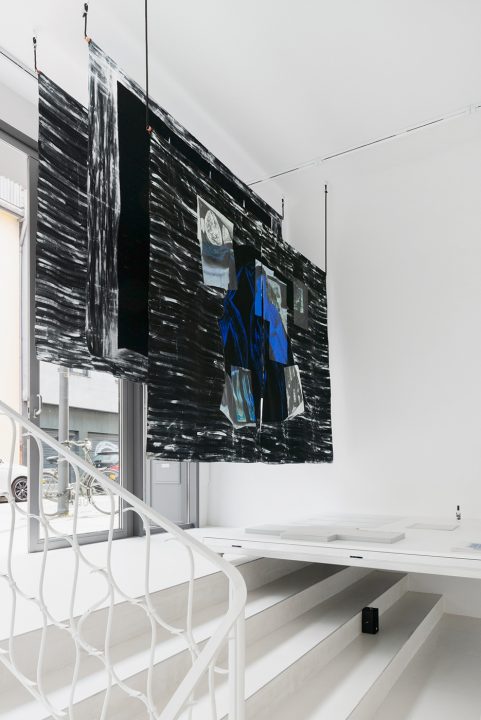 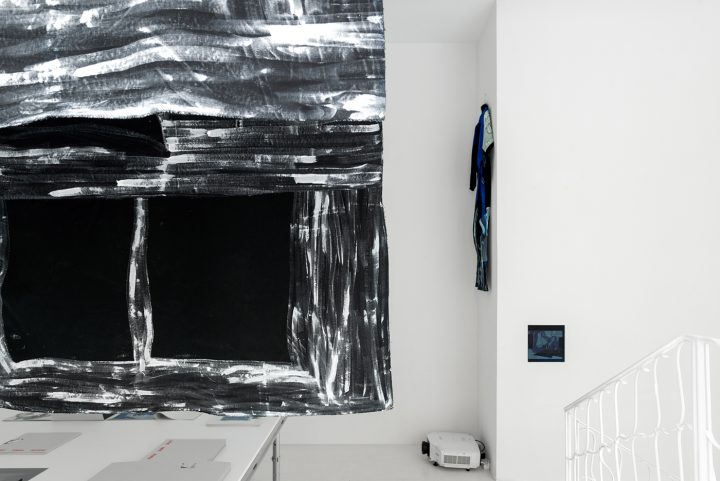 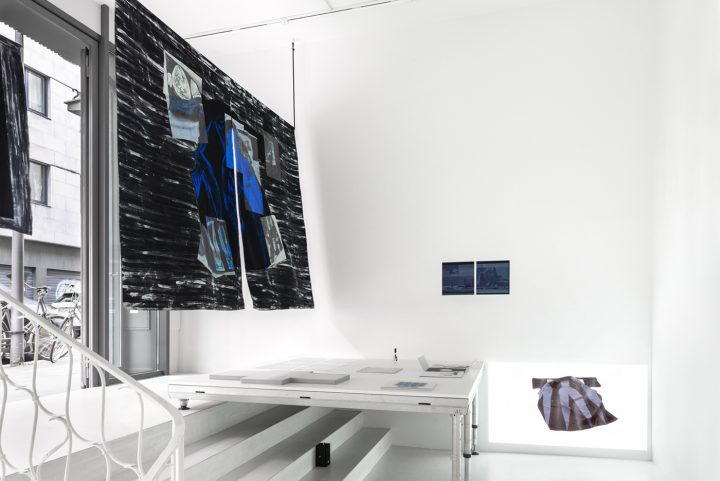 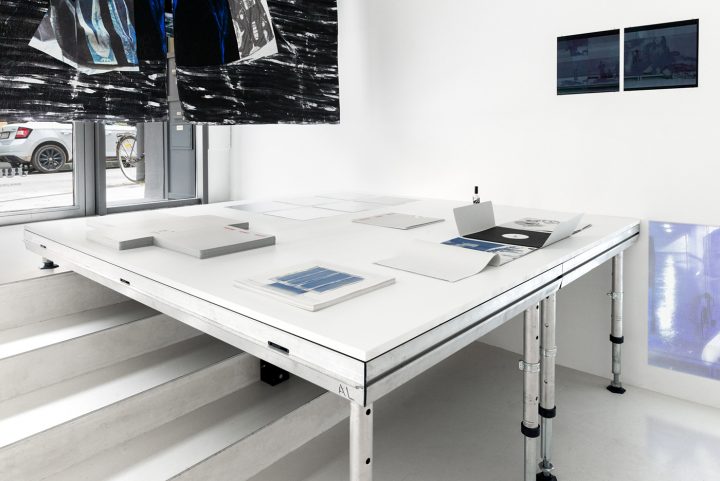 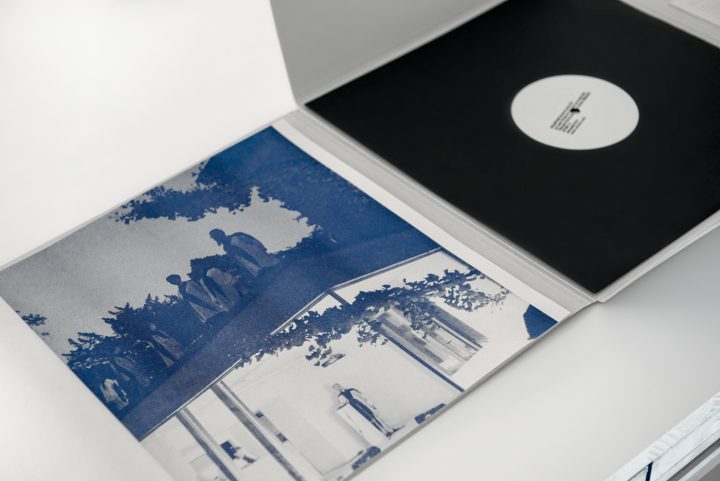 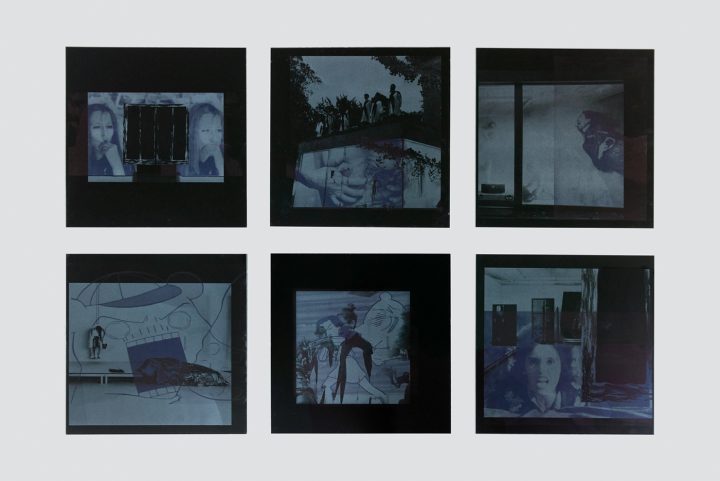 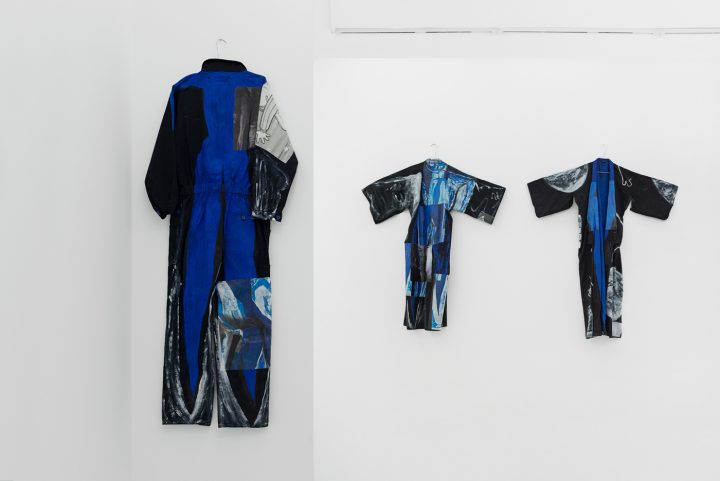 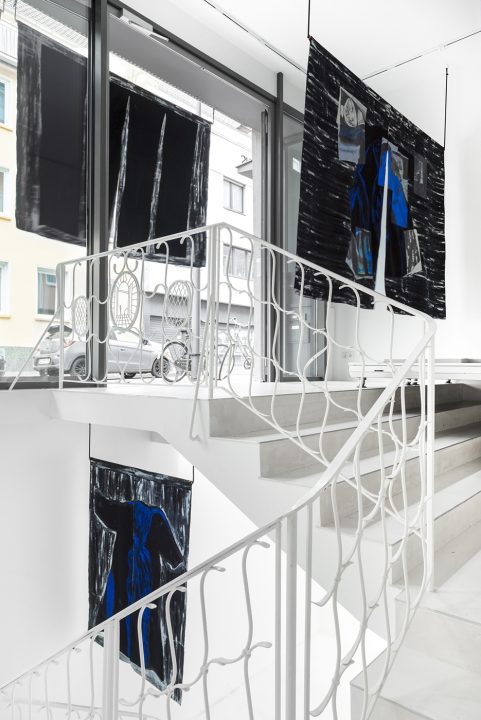 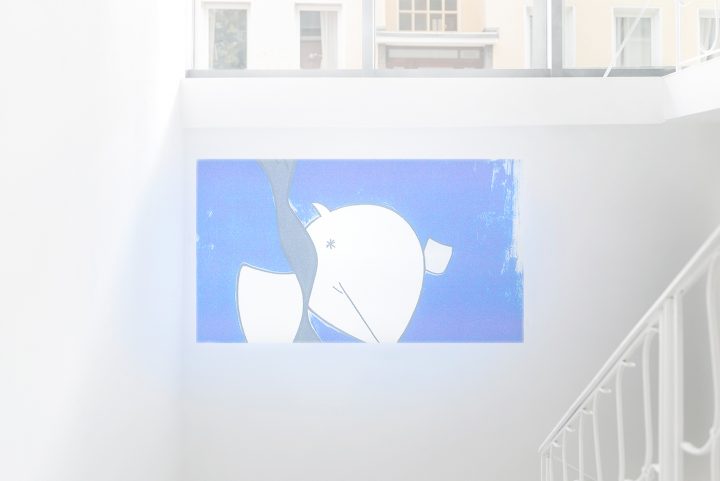 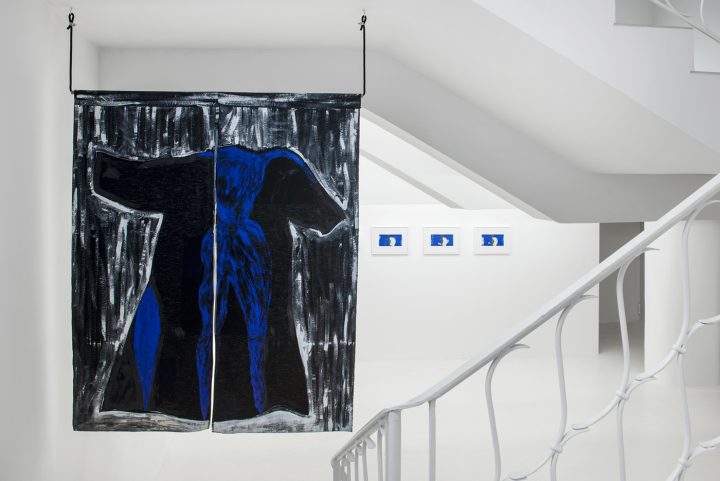 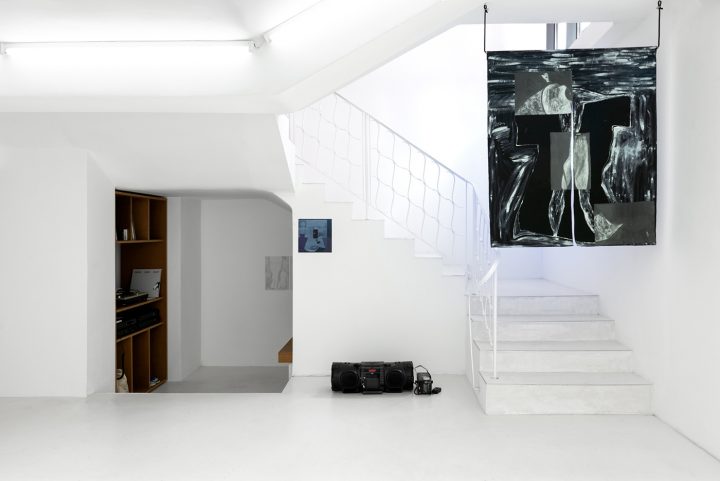 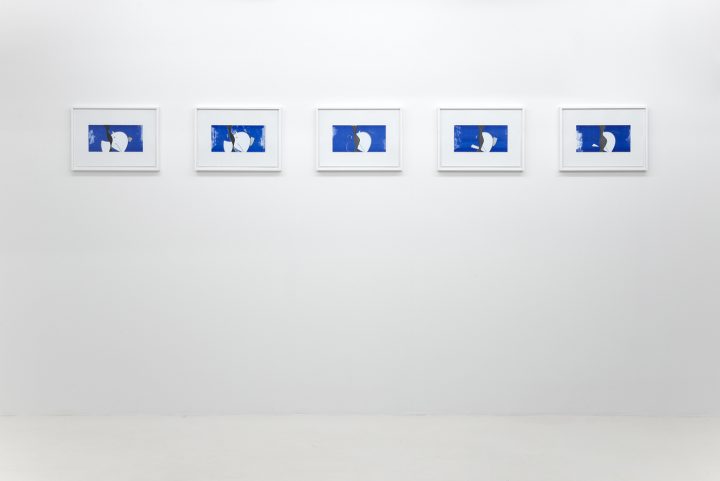 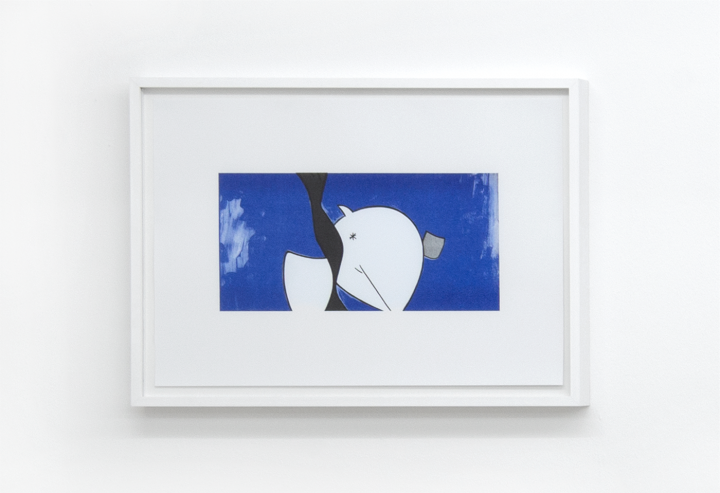 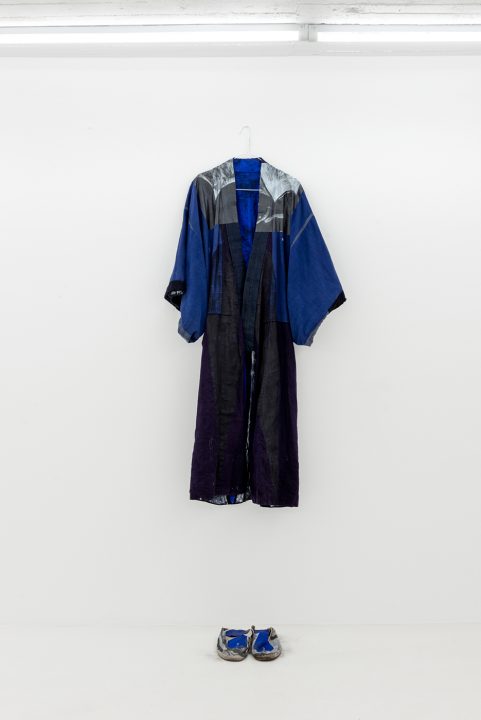 Whether they are crows or aliens cawing does not make any difference when one stands in the open field with the sky flickering. And whether this field is a danger room in a video game, a dark room on the rooftop of a club or a spiritual temple with video archive is not relevant to the question whether the helicopter is about to take off or if the train will stop priorly. Are there birds in the back in the jungle, vociferously hiding away, or is a mass check-in happening at the airport without the masses? In the meantime one has to decide whether one hears voices on the ghost train ride calling faithfully, or ghosts, resounding through the SOS. And when you’ll be found, will you and your blackbox be trusted to confirm the chronological facts?

What did really happen at the Phantom Seance Ballett?

Together, Lena Willikens und Sarah Szczesny work on their processual work Phantom Kino Ballett, in which almost unimaginable stories about time and space are being created. Their audible and visual antinarratives materialize as records, in music videos, performances, costumes, installations and paintings. All this orbits the same system, the cosmos Phantom Kino Ballett, to then stray from it steadily – the ghosts, the cinema, the ballett, and in between them casted amateurs playing the lead roles. An echo of science fiction hovers over everything, the year 3000 begins in the retro of the 1990ies. The body constantly re-enters center stage to overcome its interoceptive boundaries, while continuous gestural movements of pelvis, butt and legs are being preserved. It receives orders, it moves freely. But is it a rain of rice coming down on it or is it itself rattling along metal rods?

Along with the exhibition To feel like a dirty snake is not good, the new release Phantom Seance Ballett on the London-based label Utter is presented, based on the recordings of performances with Viktoria Wehrmeister and Detlef Weinrich during 2019 and 2020. The accompanying installation includes videos, costumes, prints, magazine editions and motion detectors. Within it, exagerrated manga emotions mix with the copy-aesthetics of the copy shop era. Repetitions play a huge role. The tirelessly circulating sequences typify the training, the preparation, the trance. At the same time, repetition in film and poetry or in fine art is a means of estrangement. The actual contour, the intrinsic meaning falls apart into abstraction. In the paintings, the motif jumps back and forth between the round manga creatures’ emotional outbursts and minimal painting. The costumes are painted on and treated with transfer foil. Body sequences come together.

Rails scrape inside the subway tunnel. The subway is missing, but wind arises. Exotic birds have gathered in an adjoining tunnel. A warning signal. The check-in area. One is in heaven. The ghosts do not dance. The ballett clatters. Chains rustle. On the other side: Inside the mirror tunnel. Screams. Questions. Analyses. Laughter. Ghosts. The air speeds up. “Could you please watch me?” Laugh down. “Continue.” “Lick it off.” All doors are slammed shut. Damp brick halls, high ceilings, buzzing lights. “I warned you about having to continue the life you are living.” On the verge of crying, rhythm, buzzing, the hall fills up with invisibles. Density, presence, a gasp of relief. “All the trash you have been wallowing in” The tongue cleans the glass. Laughter. Lust. Hips that move. The doors are wide open. Running outside, running in. Tunnel system. At dawn, the view down onto the town. „This feeling about a god.“ The idea is perfect. Further to the top. Red sunrise. The dirty snake on the shoulder. United. It doesn’t matter to you. You were there.