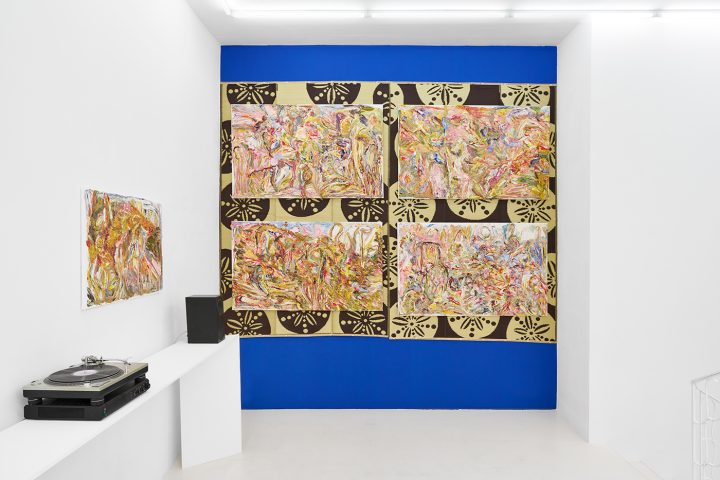 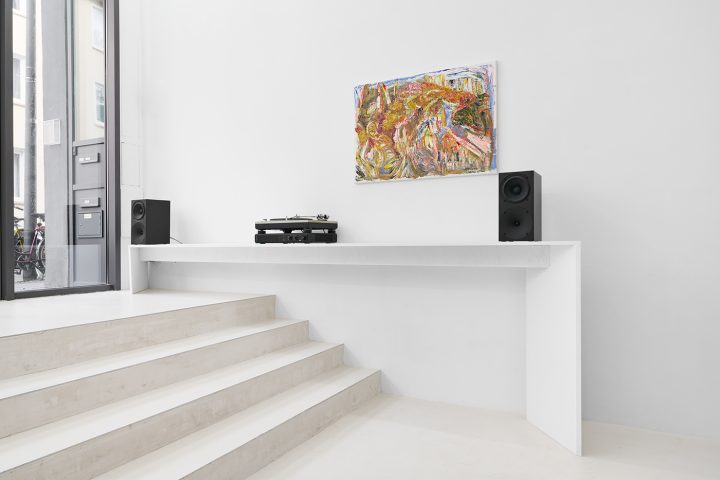 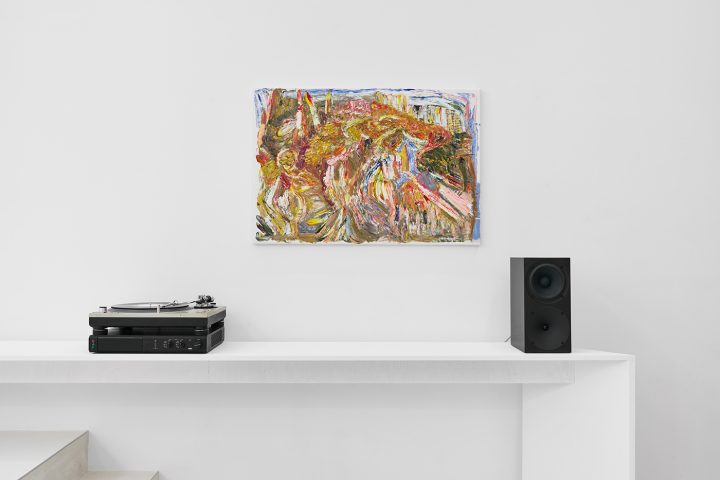 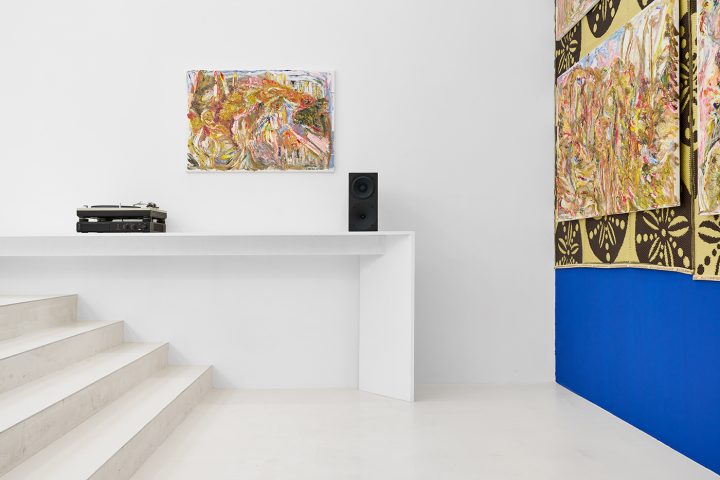 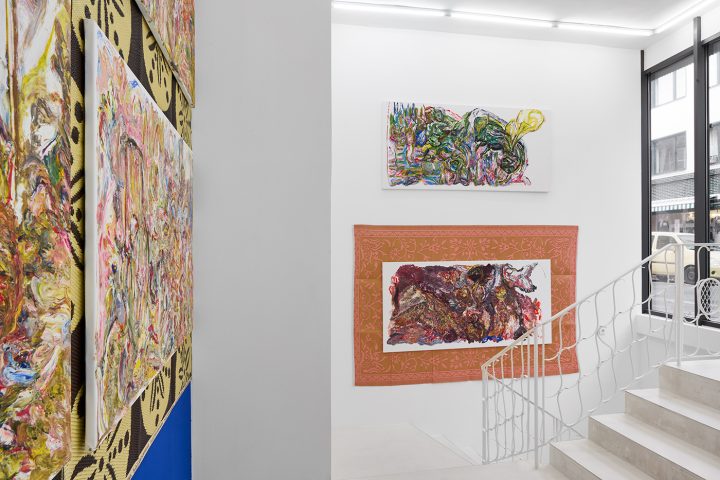 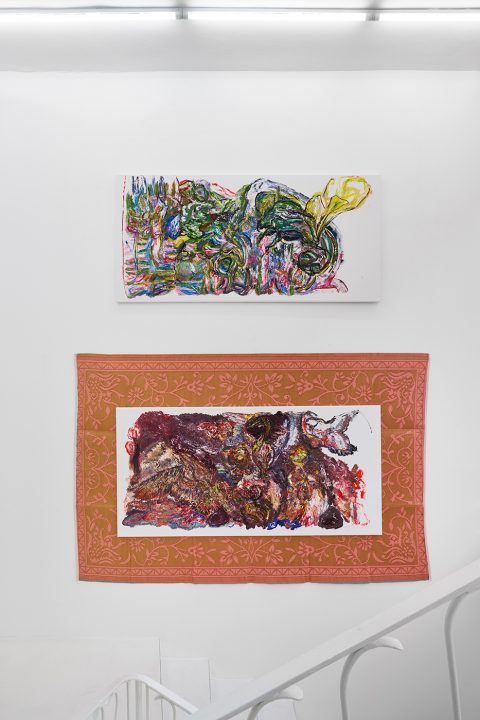 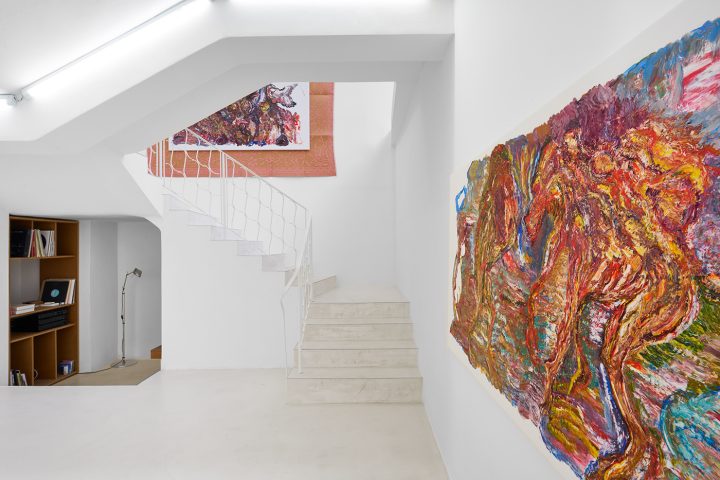 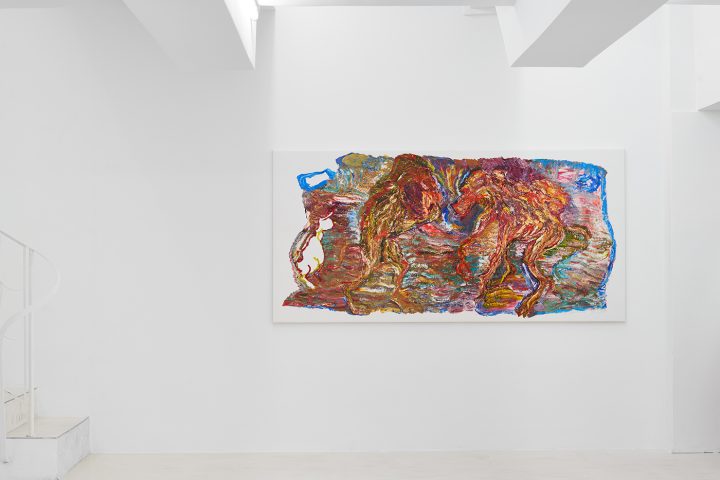 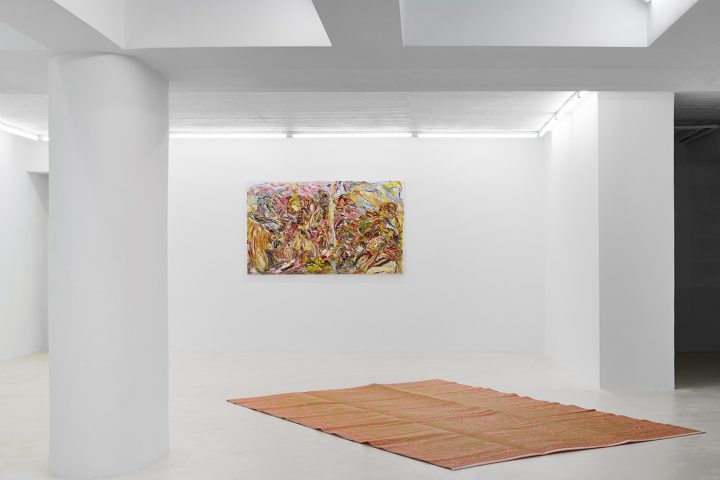 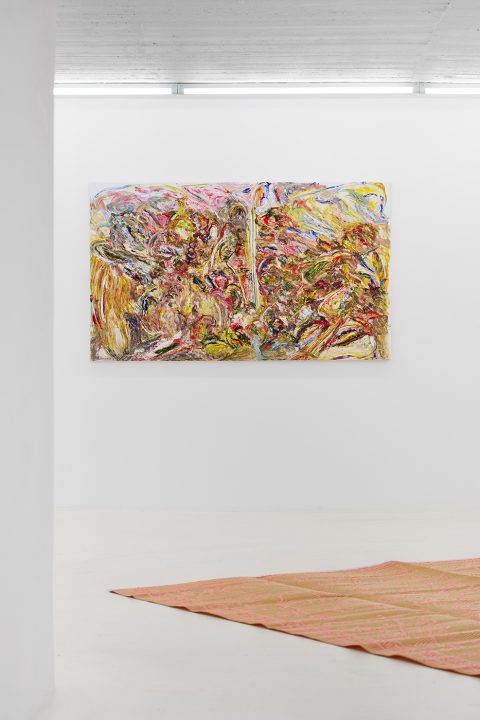 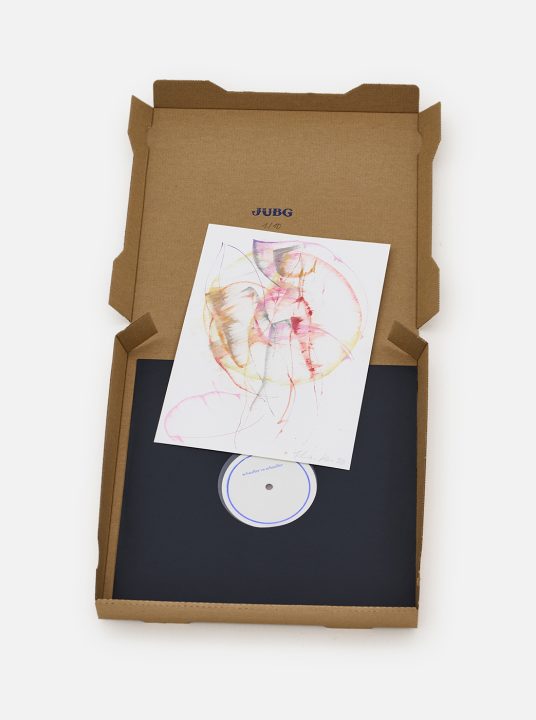 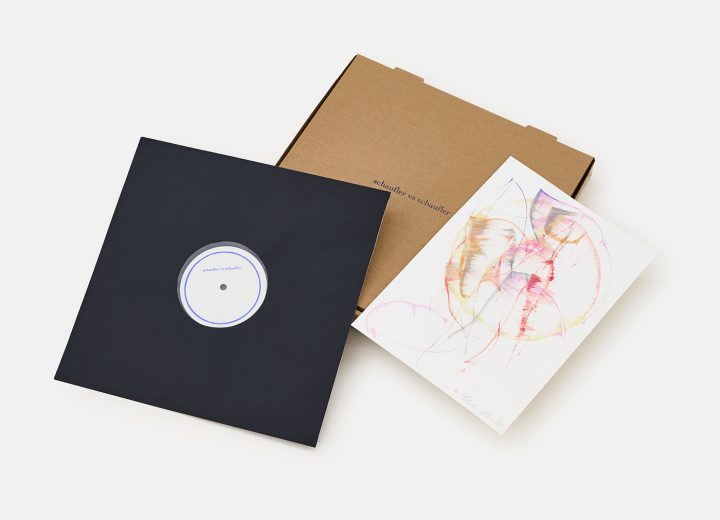 The past collaborations between painter Matthias Schaufler and his younger brother, musician and DJ Aksel Schaufler, consist of two albums and a compilation. The latter of which released under his alter ego Superpitcher between 2004 and 2016 on the Cologne-based label Kompakt, for which paintings by Matthias Schaufler were used as cover art.

If one knows of the pronounced emotion, sensitivity close to the pain threshold, vulnerability and devotion with which Aksel Schaufler has surrounded his musical work: as if with a wall of sweat and tears. One might suspect what closeness two people, be they brothers, friends, or lovers, is just about bearable. But also the imperative to add something of oneself to the art of the other.

“The music of Aksel Schaufler has a lot to do with images and stories” I myself wrote this over 10 years ago in the accompanying text to Aksel’s magnum opus: the Superpitcher album “Kilimanjaro” from 2010. A highly personal, almost autobiographical work whose mood oscillates between deep melancholy, great tenderness and ecstasy – one could also say it staggers back and forth. With the simple means of electronic (dance) music, “Kilimanjaro” lets images rise from and between the sounds, an inner film noir played before our eyes and ears.

For the cover Matthias Schaufler painted a portrait of his brother. As if behind a milky- dirty window, enclosed and isolated, the subject squats there, slightly slumped over, a sad boy for life. Inevitably recalling Dorian Gray, but one who, instead of immaculate beauty and eternal youth, is inscribed with infinite loneliness and sadness. Art succeeds in doing both here: in continuing the motif of music and in opening up a different narrative space.

It is a non-verbal, unspoken agreement, a mutual understanding that is as blind as it is razor-sharp in recognizing everything in the art of the other, which shapes the emotional tone and almost physical interplay of image and sound in this exhibition: Resting in the room as on a sea of light and color. The remarkable thing is how unerring the sense is of each others boundaries, of one’s own art and that of the other, and where exactly these boundaries lie.

Aksel would never come up with the idea of underscoring Mathias’ paintings as so- called “art music”. His music is and always has been a kind of anti-art in the context of the industry and its all-encompassing stupidity. Rather, the music composed for the exhibition has the character of a soundtrack, which is many things at the same time and wants to be this quite consciously: Interpretation, imagination, and autonomous work.