Peter Brötzmann
Along The Way 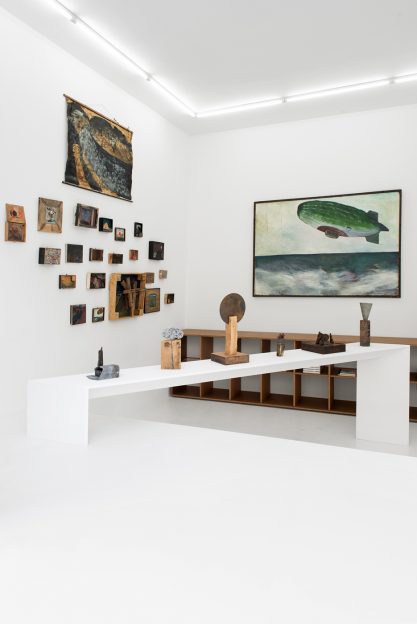 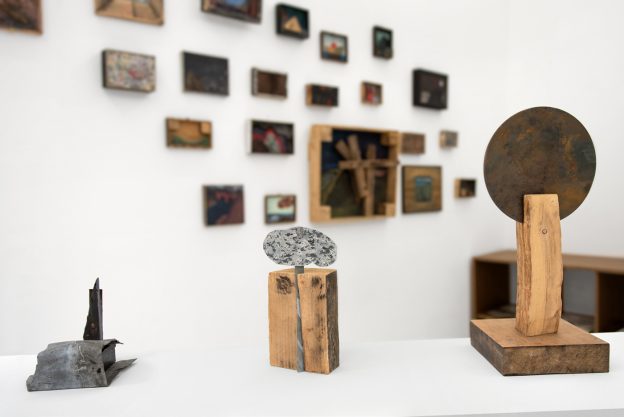 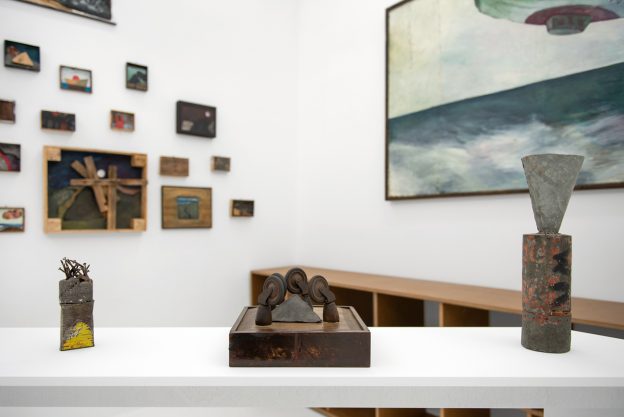 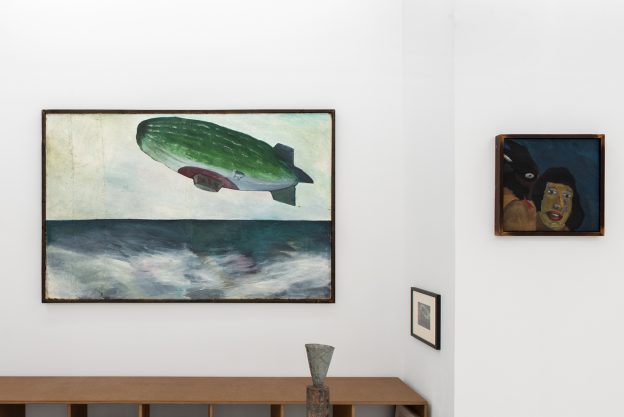 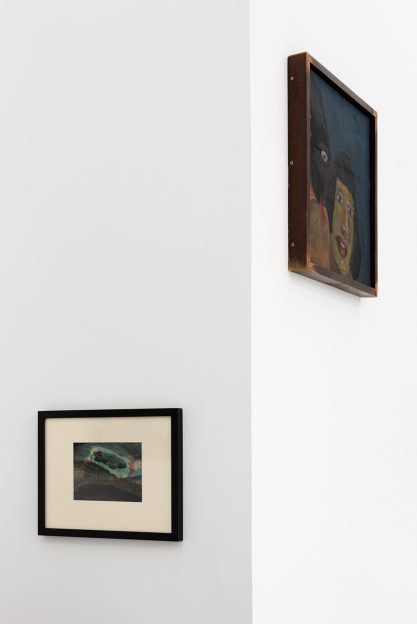 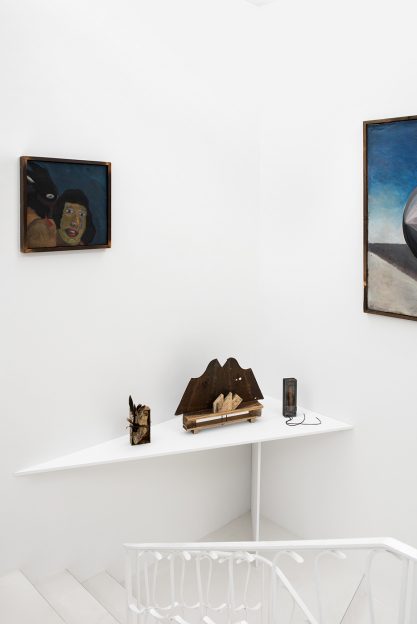 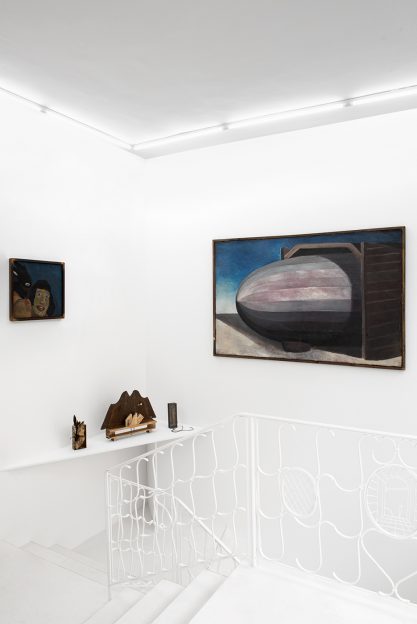 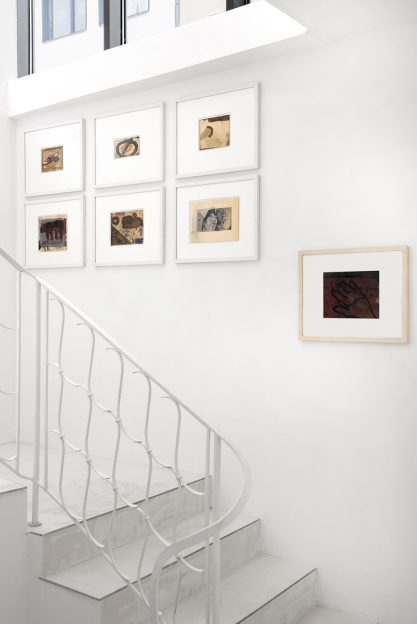 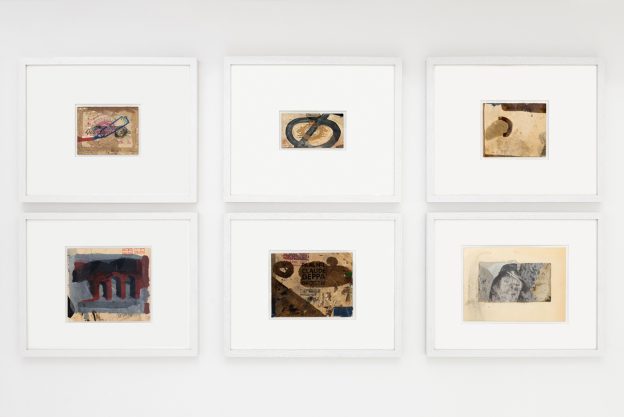 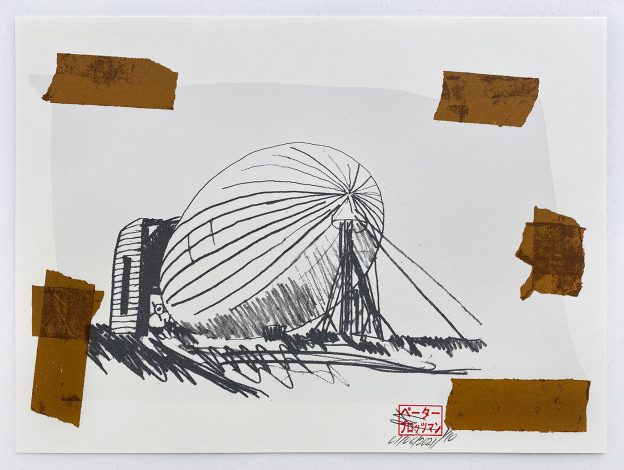 Peter Brötzmann intended to be a visual artist before getting sidetracked
into music. He worked alongside Joseph Beuys, apprenticed with Nam June
Paik, and worked in advertising (like Andy Warhol) before self-financing his
earliest albums, For Adolphe Sax and Machine Gun. He‘s always designed
his own album covers, so to longtime fans his incredibly blocky lettering,
woodcut graphics and drawings that look like cave paintings are every bit
as recognisable as the roar of his horn.

Along The Way is a collection of Brötzmann‘s art from 2010-20. lt includes
sketchbooks, drawings, sculptures and mixed media assemblages, and
various other things. Essays from John Corbett, Stephen O‘Malley of
Sunn 0))), and Heather Leigh, among others, offer some insight into the
work, but just as much into the man. Brötzmann himself writes with his
usual self-deprecation in the introduction: “Being on the road so much, the
time-space between the tours is not long enough for preparing big canvases
and starting oil-paintings. You use what‘s on the table – paper, cardboard,
an empty cigar box, pens, felts and brushes, ink in a glass or a Chinese ink
stone.“

lndeed, many of the pieces seem to be quite small; the reproduced
sketchbook pages are only 16 x 12 cm, and yet in that limited space he
creates landscapes that possess a stark, vivid power. Like many artists
more than five decades into a career, Brötzmann conveys a great deal with
minimal gestures. Waves of ink course across the page in great swoops,
seeming to soak deep into the paper; one must stare for a minute and allow
one‘s eye to adjust, for green and black to separate and for the almost
subliminal details to make themselves visible. lt‘s like staring at a late
Rothko that‘s been compressed to pocket size without losing any of its
impact.

When he adopts an unorthodox technique, the results can be astonishing.
A series of drawings made by holding three pencils in hand at once have a
strange, 3-D quality that accentuates the stark primitivism of the figures. A
series of objects made out of discarded Polaroid film boxes, the previously
empty cavities refilled with scraps of paper, smears of paint, shredded
plastic or bits of wood, look like nightmare versions of Joseph Cornell
boxes. And his sculptures, frequently made of metal and wood – a funnel
hammered into a stump, a truncheon-like object laid in a box, on a bed of
what looks like hair – have a breathtaking crudity. A box full of shredded
paper is laid out so that lines of text, like William Burroughs‘ cut-ups, draw
the eye, but after a moment one realises that there‘s a severed thumb in
there too. lt‘s made of rubber, but the shock lingers.

The discourse surrounding visual art is so up its own ass that words like
crude and brutal are only ever received as negatives. But Brötzmann‘s
lithographesque landscapes, nailed-together sculptures like totems from a
folk religion whose adherents steadfastly refuse to explicate their doctrine,
and boxes stuffed with objects of ominous portent, up to and including
desiccated animal corpses, are both crude and brutal, and have the kind of
stunning power one rarely sees in galleries or museums. This book is
essential for any fan, but even those unfamiliar with his work may be
amazed at what they see.